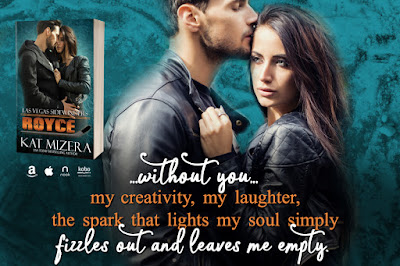 ADD TO YOUR TBR ⇢ http://bit.ly/2EgIJyp
Just because opposites attract, doesn’t mean they belong together...Professional hockey player Royce Lenahan is no stranger to chaos. He grew up surrounded by it, so as an adult he likes things nice and orderly: His apartment, his hockey schedule, even his dates. When his best friend and teammate asks him to take his visiting sister to a rock concert, he isn’t expecting the sultry, leather-clad vixen that has his jaw dropping.Force of nature Kristina Papdakis feels like two separate people sometimes: The demure, proper Greek girl she was raised to be, and the badass rock musician she could be. She’s never had a problem keeping her worlds apart until her brother’s straight-laced but oh-so-hot teammate stumbles into both of them, creating a collision she wasn’t looking for.
As Royce and Tina explore an unexpected but undeniable passion, they soon discover that love isn’t always enough. Opposites might attract, but they’ll have to learn to compromise if they want to last. Royce has to be willing to give up control long enough to tame Tina’s gypsy soul, before she wanders away for good.
Posted by Always Reading at 8:04 AM