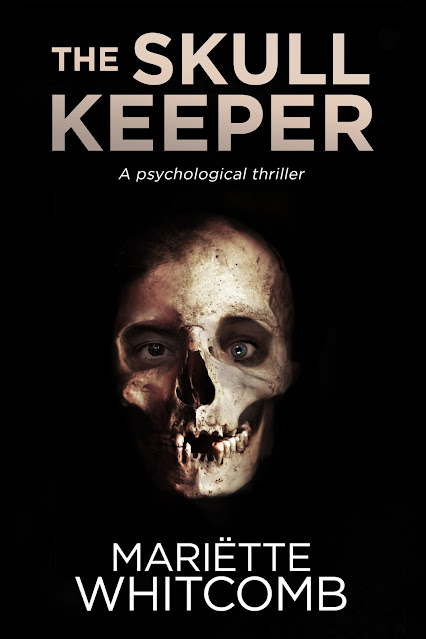 Best friends on social media, Allysa and Morgan share a love of three things: thriller novels, true crime, and keeping secrets from each other.
As soon as Allysa asks Morgan to be her plus one at a funeral, Morgan jumps on the first available flight. Burying the dead might unearth the truth about what happened to Allysa’s brother twenty years earlier. She’s never believed he simply left town without saying goodbye.
Once they learn he’s the last known victim of a serial killer, Allysa and Morgan decide to do what the police couldn’t – bring him to justice.
When the hunters become the hunted, only one question remains – Do you know your friend well enough to save her life? 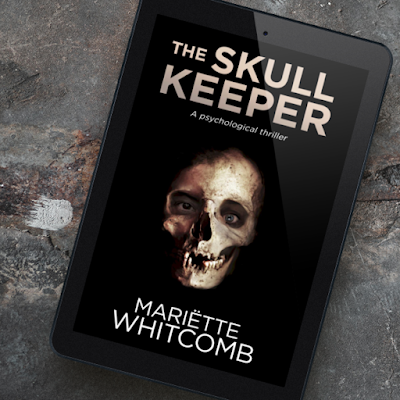 Mariëtte Whitcomb studied Criminology and Psychology at the University of Pretoria. An avid reader of psychological thrillers and true crime books, writing allows her to pursue her childhood dream to hunt criminals, albeit fictional and born in the darkest corners of her imagination.
When Mariëtte isn't writing, she reads or spends time with her family, friends, and her two the miniature schnauzers. 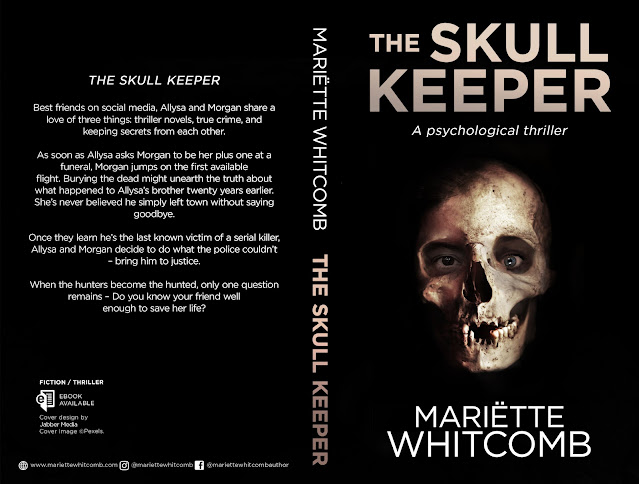 Posted by Always Reading at 12:19 PM No comments:

Melissa Foster has revealed the covers for Rocked by Love! 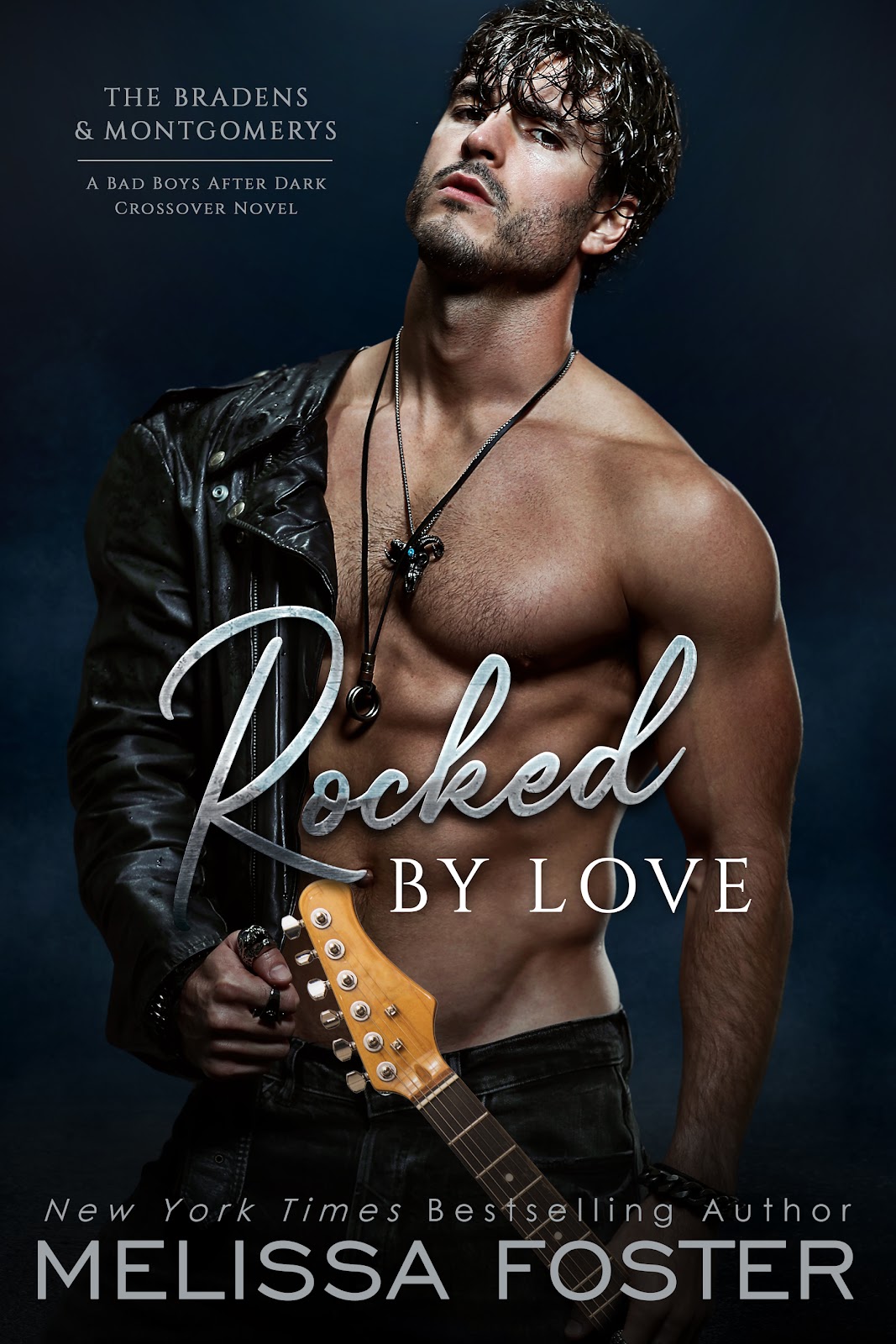 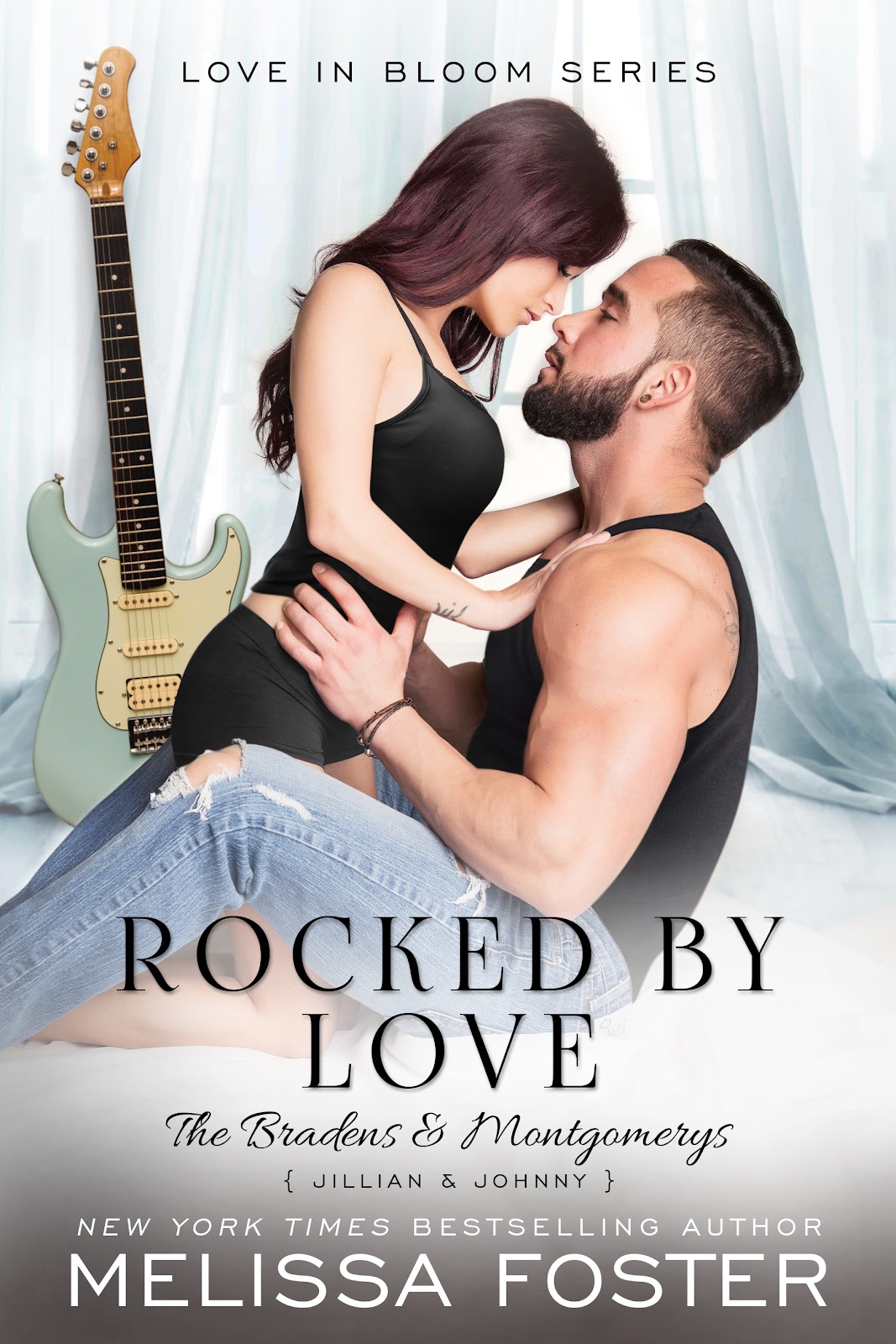 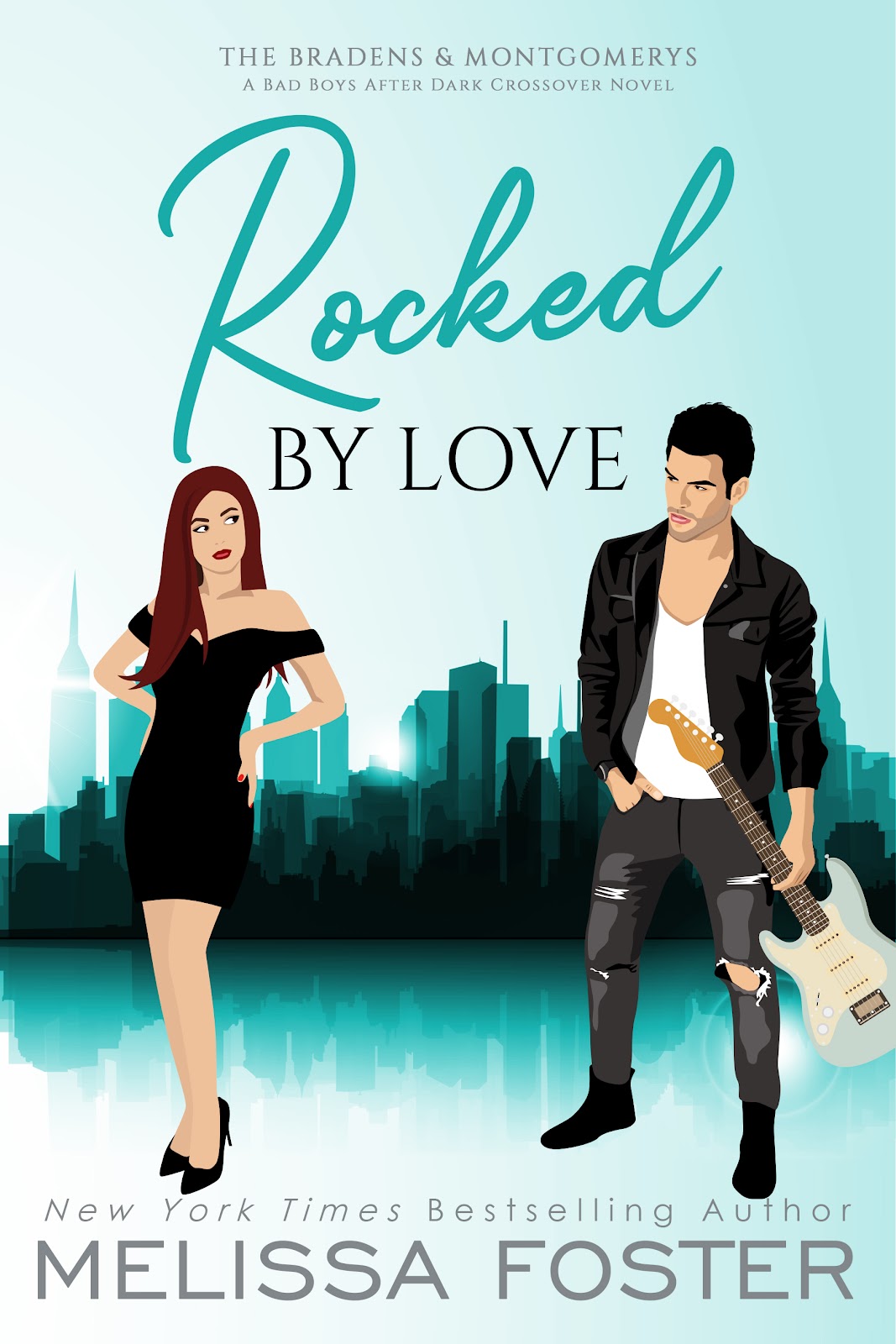 What happens when a rock star with no plans of settling down finds out he has a teenage daughter, his manager is embezzling from him, and the woman he's hired to design his tour wardrobe is breathing fire? Come along for the snarky, emotional, and insanely sexy ride as Jillian and Johnny get caught up in a storm that just might be bigger than both of them.

Jillian Braden's quick, creative thinking and fierce determination have helped her singlehandedly build a fashion empire. She doesn't mince words and demands respect, but beneath all that armor, she carries the Braden curse of a soft heart. But that soft heart isn't looking to start a family and doesn't know the first thing about mollycoddling. When famed rock star Johnny Bad hires her to design his tour wardrobe and then postpones it at the last minute for the third time, she's had enough. Jillian is determined to set him straight, but she isn't at all prepared for what she finds or for the type of help Johnny Bad really needs. 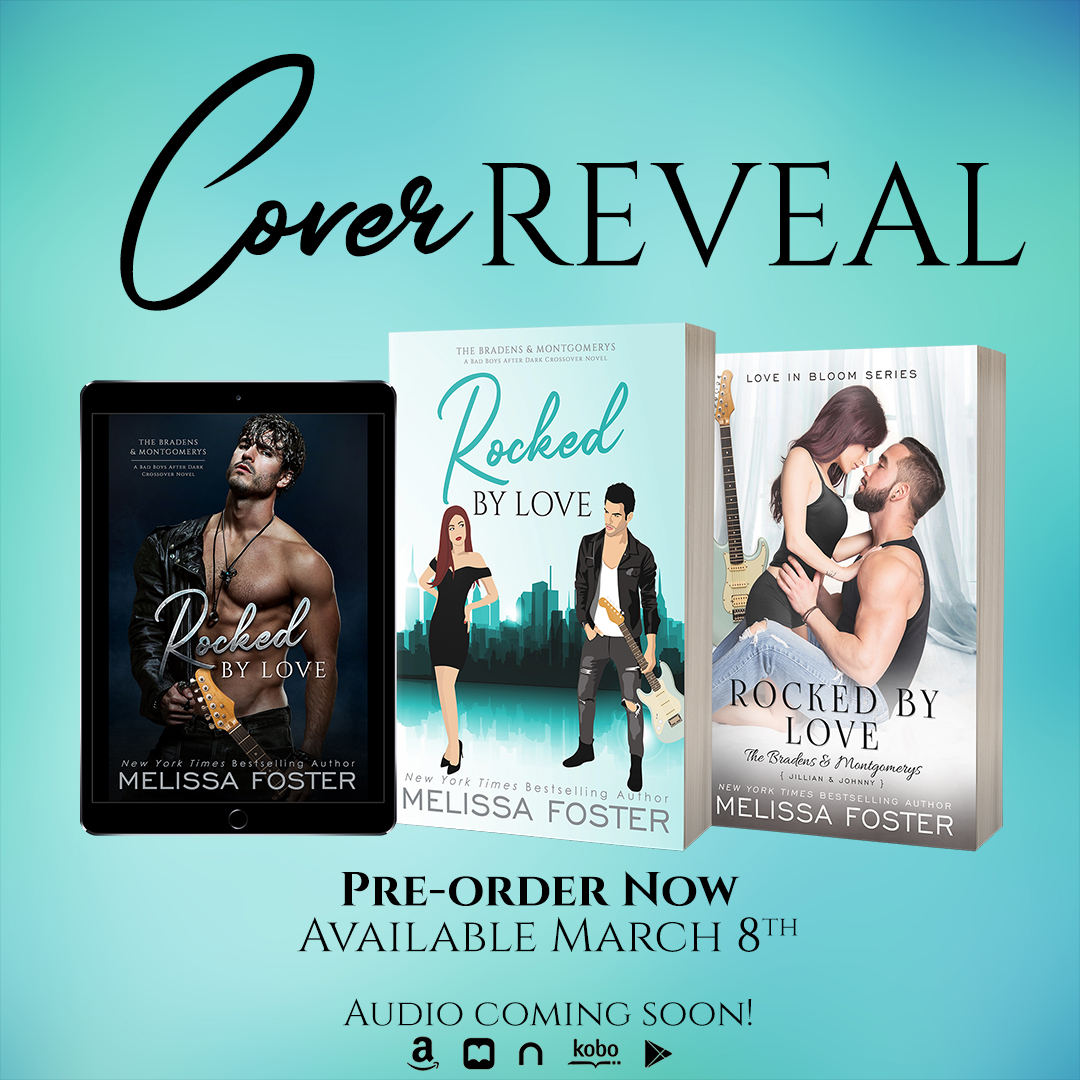 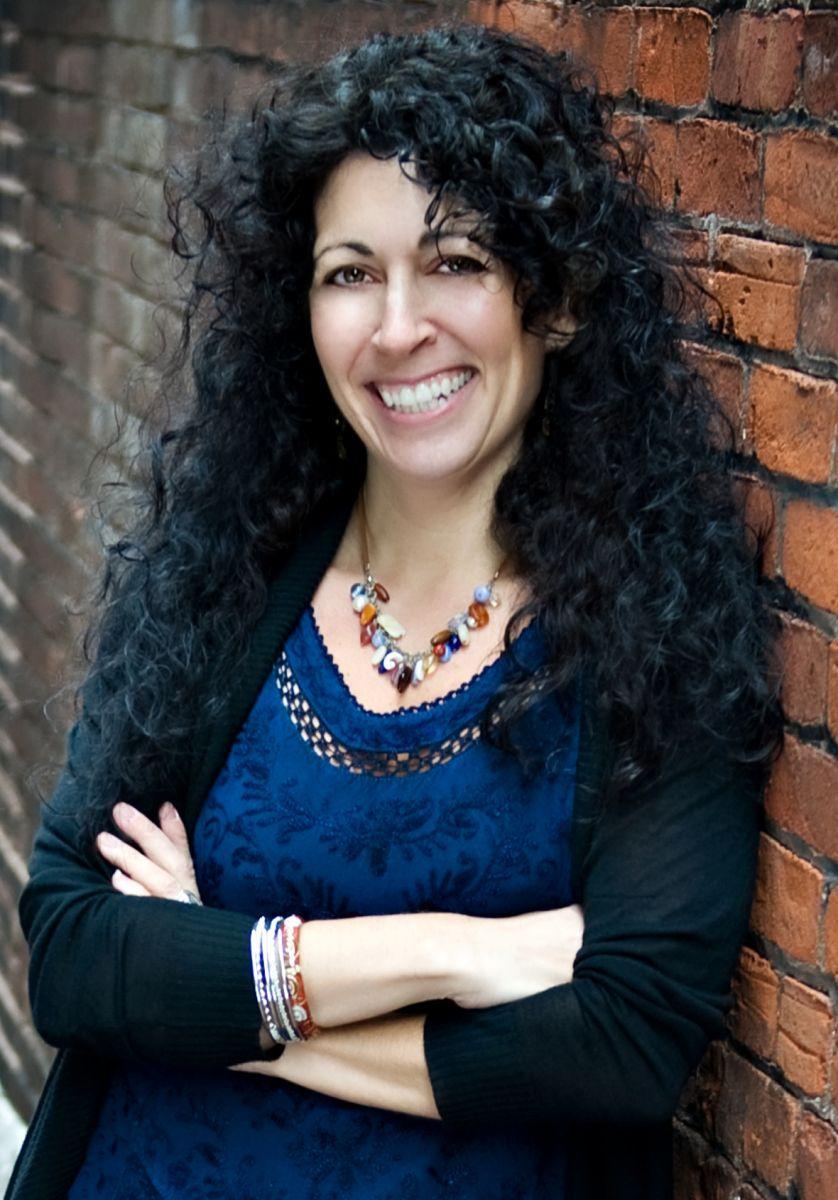 Posted by Always Reading at 8:12 AM No comments:

Release Blitz: All Fired Up by Kathryn Shay

He’s an Afghanistan war vet turned firefighter who can’t open up to anybody. She’s an adolescent psychiatrist who won’t settle for anything but a fully involved partner.
In this heartfelt romance, Jarek Zenko is a stern, skilled captain of his group. He leads them through all kinds of dangerous calls, but he won’t share his personal life experiences with them. Though he’s very close to his family, he doesn’t open up about the biggest things in his past. But basically, he’s an all-around good guy. When he meets Lacey Roth, he wants this strong female with a passion he’s never known before and his defenses start to crumble.
Lacey is deliriously happy with Jarek, the new man in her life. She tries to accept his reticence but total lack of honesty is a deal breaker for her. Still, the relationship progresses and Jarek’s reserve weakens. But he can’t get over the last roadblocks.
Will Lacey be able to crack that shell around him? If she can’t they’ll never be able to build a life together. 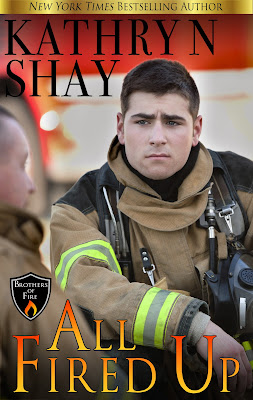 “So, are you a good biker boy or an arrogant creep?”

Jarek Zenko turned to look at the speaker of the unusual question. He recoiled. Not in a bad way. The woman who’d dropped down on the stool next to him at the bar was…stunning. Blonde hair rippling down her back. Wide eyes. Perfect features. “Now that’s one I haven’t heard before.”

Her unlined brow furrowed. “One what?”

Instead of being insulted, she laughed. “Not tonight, buddy. I just got burned.”

“By an arrogant creep?”

“Cheated on me.” She held out her hand. “No more ring here.”

She shook her head. “Engaged. Past tense.”

“Let me buy you a drink.” He held up his hands arrest style. “No strings attached.”

She watched him. Dissected him. He knew he wasn’t exactly attractive. But he had okay features, big gray eyes, a decent haircut, longer than he used to wear in Afghanistan but still short.

“Sure. I’ll have a…” a slight hesitation as she glanced at his bottle “…a Molson’s.”

Signaling the bartender, he ordered her drink. The band had stopped playing so it was quiet enough to talk. And the crowd had thinned, but there was still a low buzz of conversation. When her beer came, he turned back to her. “Did he at least do it gently? In a private place.”

Now her face lost its sassiness and turned sad. “No to both. We were having dinner at The Lakeview Restaurant. Over our wine, he told me he was tired of me.”

“Tired? Of you?” How could a man get tired of that face? He took a quick peek. From what he could tell under her shirt, her body was great, too. “He’s gotta be nuts.”

“Go figure.” But the tone was self-effacing. She forced a smile. “I threw the drink in his face.”

“He found somebody who was more exciting. Younger.”

“Biker boy, you don’t ask a woman that.”

She laughed at what he called her. “Thirty-five. You?”

“Are you married?” she asked.

“You’re flirting with me?”

“Yep. And you’re flirting with me.”

Now the smile was genuine. He noticed the raisin color lipstick on her mouth. It looked…tasty.

“How’d you get involved with such a jerk?”

She sipped the beer. “The bastard and I grew up in the same neighborhood. We started dating and were on and off many years.”

“How come you didn’t tie the knot sooner?” he asked her.

“Neither of us was ready.”

She studied his face. “Why aren’t you happily wed?”

“No, just her feelings for me. I was in…never mind?”

“In, what? Come on. We’ll never see each other again.”

He guessed he could tell her some. “She sent me a letter while I was out of town. It was awful. A lot like getting dumped by text.”

Reaching out, she touched his arm. Her fingers were long with unpainted nails.

He turned his body more to face her. “How’d you end up here at Harley’s?” A local biker bar.

“An advertisement about the auction was left at my work.” She glanced away for a minute. “How about you?”

“A buddy of mine in our biker group had a son who died from an overdose. He has these benefits periodically.”

Her gaze dropped to his black t-shirt. It sported a huge white eagle on the back with a tire in the middle. Running through it was a purple ribbon with Larry Thomas Memorial Poker Run. Below the eagle was a quote, Your light shines on us. The sleeve had a small purple ribbon folded over itself like the pink ones used for breast cancer.

He reached over into his backpack which sat on the floor. Produced another shirt. She took it, stood, shook out the tee and poked her arms and head into it. She was tall but slender and the thing dropped to her knees. She sat back down. “Thanks.”

Now his smile was genuine. “You, lady, are something else.”

“If we stay anonymous.”

“You’ll be the gorgeous woman I met at a bar.”

“And you’ll be the guy with animal magnetism that I met at a bar, too.”

She thought he had animal magnetism? Nobody ever told him that.

She lifted her beer. “To bikers.”

Their eyes met as they clinked their bottles. A kick of electricity shot through him at the look they exchanged. 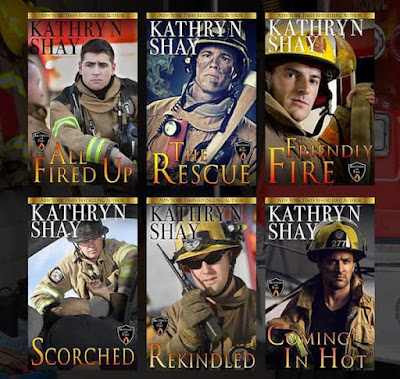 A NEW YORK TIMES and USA TODAY bestselling author, Kathryn Shay has been a lifelong writer and teacher. She has written dozens of self-published original romance titles, print books with the Berkley Publishing Group and Harlequin Enterprises and mainstream women’s fiction. One of her firefighter books hit #20 on the NEW YORK TIMES list. Her novels have been serialized in COSMOPOLITAN magazine and featured in USA TODAY, THE WALL STREET JOURNAL and PEOPLE magazine. There are over ten million copies of her books in print and downloaded online. Readers call her work heartwarming.

Posted by Always Reading at 8:08 AM No comments: