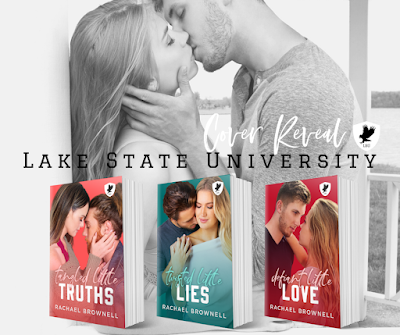 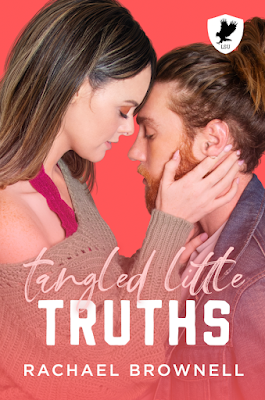 I kissed her and she ran.
She was the most beautiful girl I’d ever seen and the way she was looking at me that night, the electric charge between us, had my jeans feeling snug the entire show. When I found her standing alone between sets, I couldn’t help but approach her.
It wasn’t my intention to kiss her. I should have gotten to know her first. Asked her more than her name. But after watching her while I sang my heart out, I wasn’t thinking straight.
That was more than three years ago. When we were both naïve freshmen.
I’ve been watching her ever since. From afar. Like a crazy stalker. (Not my proudest admission.)
She’s even more beautiful than the first time I laid eyes on her. So when I walk into the rec center and find her waiting for me, alone, with lust in her eyes, I pounce. Again. Like an idiot.
Only this time, I don’t feel an ounce of regret because I don’t plan on letting her run away from me again. She’s been my inspiration for years and it’s about damn time she figured it out.
There’s only one way I can do that… I need to sing her the song I wrote about that night.
About her.
I could try to slowly weasel my way into her heart the way she has mine over the years, but I’m sick of wasting time. I want her to be mine today.
Tomorrow.
Forever.
Because the truth is… I’ve been hers since that very first night. 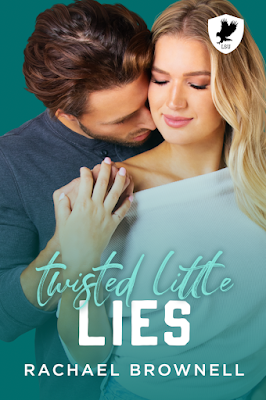 She owns my heart. My goal is to one day own hers again.
I want her.
What she doesn’t want is me. She made that perfectly clear the summer after high school when she broke up with me. That hasn’t stopped her from crawling in my bed on more than one occasion though.
Not that anyone knows about us, or our past.
We’ve kept that secret under lock and key for years. But I’m getting sick and tired of lying to my friends. I’m not ashamed of my love for her.
Yes, I love her.
I always have. And I know she loves me too. She’s just afraid to admit it.
When we get caught in a compromising position though, all the lies she’s been telling start to crumble around her. And if there’s one thing she hates more than me at the moment, it’s being vulnerable.
That doesn’t stop me from taking advantage of her weakened state. Of trying to work my way back into her heart. Of reminding her why we should be together. But the more she lets me in, the more her lies are starting to get twisted.
The ones she’s telling others but mostly the ones she’s been telling herself.
If I want my second chance, I’m going to have to find a way to break through the fortress she’s erected around her heart.
I know she’s the one for me. She has been since we were teenagers.
My first love. My last. My only. 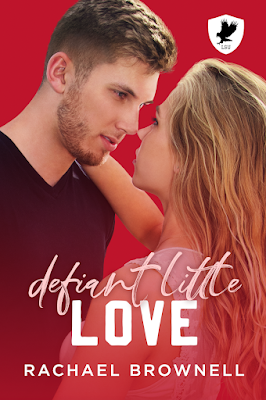 There really is a fine line between love and hate. Friends and enemies.
Max Palmer is an a-hole.

And I’m in love with him. I’m pretty sure I have been since the day we met.

I’ve tried to quit him. Multiple times. But he’s an addiction that refuses to be ignored. Which is why one minute we’re together, colliding with hurricane force, and the next we’re pushing each other away, pretending not to like each other. Fighting the feelings that are bubbling just beneath the surface.

For years we’ve been able to hide our secret love affair from everyone.

I’m tired of lying to myself about the way I feel.

Of hiding the truth from the people that matter most to me. Even if I know they won’t approve. Even if my confession may destroy friendships in the process.

I’m also pissed off because he started dating one of my sisters. The same night I was ready to confess my feelings for him.

If he was looking to get a rise out of me, it worked.

I’ve wasted years with him. Lying and pretending I was happily single, focused on school so no one would suspect otherwise.

And how does he repay me?

By shoving his new relationship in my face.

Well, screw him. I’m not wasting another minute of my time crying over a man who was never really mine to begin with.

If he wants to play games, it’s on.

Because I don’t plan to lose my heart to Max Palmer. 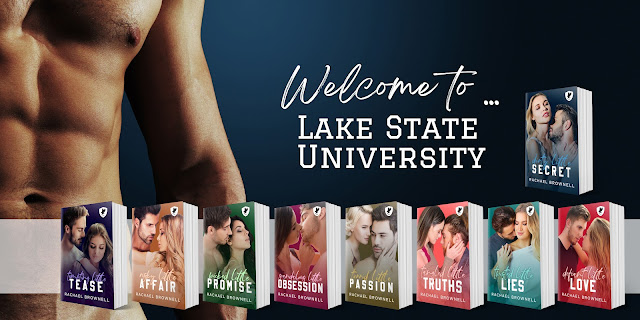 Rachael Brownell is an International Bestselling author of new adult romance.
She lives in Michigan with her husband, son, snuggly dog, and hateful cat. She moonlights a few days a week (her excuse to get out of the house and socialize) and writes almost full time. Her first book was published way back in 2013 and since she’s released more than 30 additional titles.
When she’s not writing her next novel, you can find her hanging out with her family, watching her son play baseball, or running on the treadmill at the gym (though she skips more days than she goes). She also enjoys golfing but is still learning, so if you see her on the course… stand back.

Posted by Always Reading at 8:14 AM