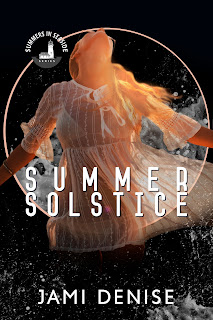 Calista Boyd had one fatal flaw.
Her taste in men.
After the end of a disastrous marriage, she returns to her hometown in Seaside Oregon to make a fresh start.
She rediscovers her love for the ocean and a renewed passion for creating art from the sea and starts an exciting new business selling her jewelry designs. With the support of her friends and family, she’s on a path to find the happiness she gave up on years ago.
When she finds a man lying in an alley one night, bloody and beaten, suddenly the path she’d carefully navigated shifted. Another complicated man in her life was the last thing she needed, but this stranger has a hold on her she can’t ignore.
Ellis Vaughn was tired.
For years he’d had to fight to survive his own bad decisions and what fate had handed to him.
He’d found a quiet life, but the pull of his old ways won out. When his little brother goes missing, all arrows point to a small beach town in Oregon, and what he finds there is more than the trouble he expected.
The last thing he imagined fate to hand him was a beautiful blonde angel who stirs feelings he’d never thought he’d consider.
Like forever.
When the danger following Ellis threatens to tear through the bloom of happiness between them, can they trust each other enough to save what they’ve started to feel?

Around three o’clock, I was coming out of my skin. Anxiety had taken me by the throat and even after all the mundane things I’d managed throughout the day, my thoughts were constantly on the man in my bed.The very sexy, very injured man in my bed.I set up my yoga mat and my bolster in my room in front of the big window facing the water and went through a series of stretches to relieve some of the tension and stress. It always made me feel better to lose myself in the movement and focus on my breathing.In. Hold. Out.“Fuck me,” a gravelly voice groaned from behind me. “Am I dead?”I had just stretched down into puppy pose, and the sound of his voice scared the crap out of me. I screeched, causing my dogs to bark like crazy and then flipped around so I was facing him.And holy hell. His eyes were open, and the look on his face was positively dangerous.“I figured I’d end up in hell, but your ass is about as close to heaven as it gets.”I sat up on my knees and then edged closer, slowly. “You’re alive.He groaned. “Who are you? Where the fuck am I?”“I’m Calista, and you’re in my apartment. I found you last night and brought you here. Do you remember anything that happened?”He tried to push himself up, but his body wouldn’t allow it. He fell back against the pillow, both hands going to his head.“How did you get me here? Where is here? Oh, fuck.”He cringed and then ran his hand over his face, cursing again. He sure loved the F-word.“I tried to fix you up as best as I could. They really did a wallop of a job you. You’ve been out of it for about twenty-two hours. I was giving it twenty-four hours before I called 911.”His eyes snapped open again and pinned me to the spot. “Why didn’t you? Call the cops?”I sighed and sat back on my heels. “When I found you in the alley, you asked me not to. Then you threw my phone. Cracked my screen, thank you very much. But you were adamant, and it felt right to honor your wishes. There had to be a reason why you wouldn’t want help from authorities.”He barked out a pained laugh and then groaned again and held his chest with his arm.“Understatement, sweetheart.”As vague as that was, I got the gist—whatever had brought him to that alley had been nefarious, and probably felonious. Whoever the bad guys were, he had to have been involved with them in some way, not an innocent passerby.“Are you involved in something illegal? Is that what happened?”He groaned again and then turned over, so he was on his side, facing me. “How about you get my phone?”I quirked my lips and gave him my best impression of an eek. “No phone. Or wallet. I did find your hat and a jacket, which is hanging on the door over there,” I told him, pointing to the closet door. “But there was nothing else. I checked your jacket but didn’t feel anything in your pants.”My cheeks went flaming hot and I was sure the shade of red on them could rival a fire engine. “I don’t mean it like that.”He tried to raise an eyebrow but winced. “I don’t guess a hot little thing like you is very interested in feeling around in an old man’s pants.”“Oh.” I giggled, nervous and flattered by the off-color compliment. “I wouldn’t say you’re an old man. I just didn’t want to move you around anymore than I had to. I had to cut your shirt, though, to check your ribs.”He groaned again and rubbed his hand over his chest, drawing my attention to the thick ink covering his torso. He caught the direction of my gaze and smirked.Flaming. Red. Cheeks.

Welcome to Summers in Seaside, a small town located along the Oregon Coast and home of the Seaside Festival. This brand new series of short contemporary romance stories is filled with sun, sand and summer adventures that will tug at your heart strings. 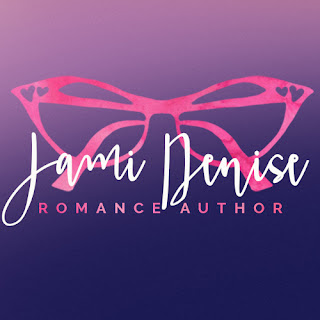 Jami Denise is an author of gritty Contemporary and Romantic Suspense, including the best selling Jayne Series.
When she isn't working on her next novel, she is watching old movies, or swooning over her son and her gorgeous grandsons.
She lives in her hometown in Southern California with a gang of wild cats. 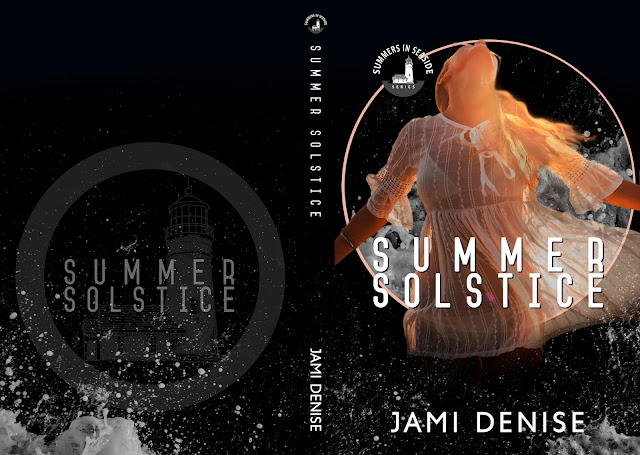