The leaves are falling from the trees, the nights are growing darker — and love is in the chilly autumn air! Join twelve amazing authors for Hunky Halloween, a sexy-spooky contemporary romance series. Get ready for magical meet-cutes, costumed crushes, and all the over-the-top love you can handle because these stories are bringing the Halloween heat! 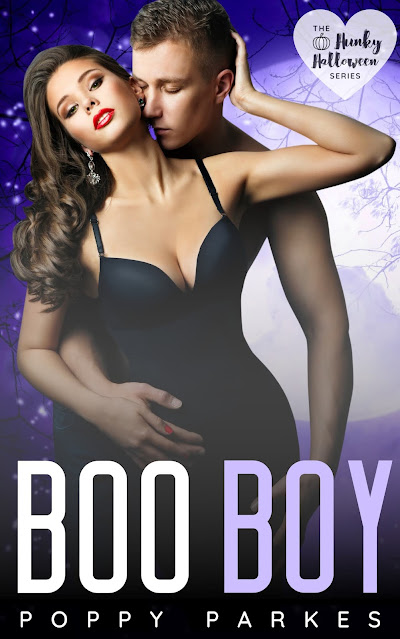 BOO BOY
BY POPPY PARKES
Release Date: September 29, 2020
Xander
Nobody swipes right on a guy who’s built his muscles shoveling grave dirt.
Running the cemetery in Deadwood, South Dakota, that’s been in my family for generations pays well and gives me the freedom to live life on my terms.
But I wouldn’t mind finding somebody to share that life with.
When my best friend dies unexpectedly, far too young, it shakes me — and makes me wonder who’ll be left to cry for me when I’m gone.
That’s why I sign up for the Find Your Boo speed dating event. I try not to get my hopes up.
At least not until she walks in — red lips, legs for days, and curves that demand to be worshipped.
Autumn
The last place I want to be is Deadwood. I mean, come on, just look at the name. But after my modeling career goes belly up, that’s exactly where I find myself.
My friend registers me for Find Your Boo, like I need speed dating after everything that’s happened.
Still, I go. Because somewhere beneath all the jadedness and wounds I earned in New York City, there’s a part of me that still longs to be loved just as I am.
There’s about a snowflake’s chance in hell that I’ll find what I’m aching for in Deadwood. But I can’t give up hope. That’s all I’ve got left. 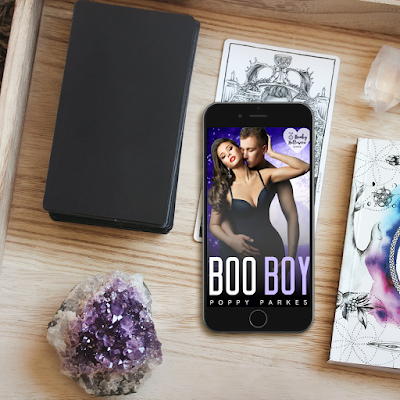 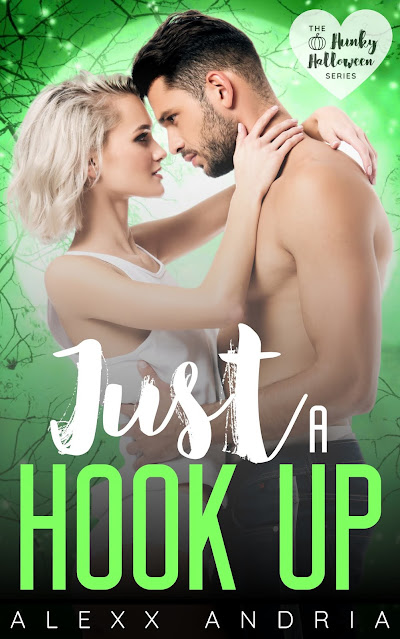 JUST A HOOK UP
BY ALEXX ANDRIA
Release Date: September 30, 2020
Worst birthday present ever?
Discovering your boyfriend is cheating on you with the single mom barista from your favorite coffee shop, and now you have to find a place to live in a city where finding affordable rentals is like capturing a unicorn.
Happy birthday, Birdie Johnson, your life sucks.
Which is how I ended up moving in with my best friend and her boyfriend — third wheel, much? — until I could get back on my feet.
But here’s the thing…somewhere between crying my eyeballs out and staring into the abyss of my poor relationship decisions, I realized something — I’ve spent my entire life being the good girl with nothing to show for it.
Well, screw that.
They say the best advice to get over an ex is to get under someone new.
Well, I’m about to put that theory to the test with the first hot guy who crosses my path.
Commitment? Don’t want it.
Future plans? Not gonna make ‘em.
Happily-ever-after? Whatever.
For the first time in my life...I'm going to be the bad girl.
ADD TO GOODREADS 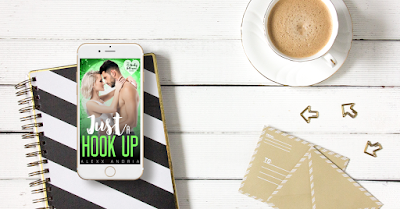 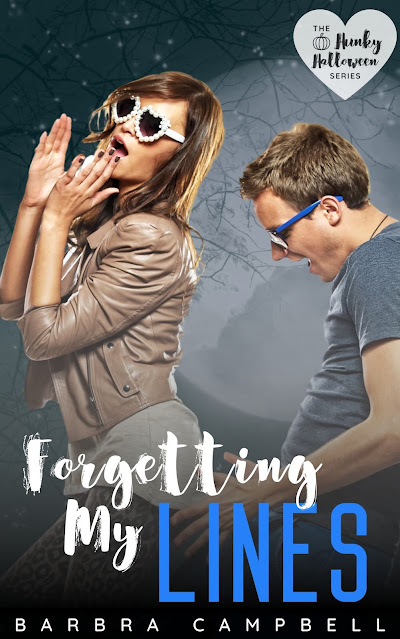 FORGETTING MY LINES
BY BARBRA CAMPBELL
Release Date: October 2, 2020
Heather
From the time I was a little girl, my parents told me that if I made a plan, I could be anything. I wanted to be an actress.
So why on the day of the biggest performance of my life did my boyfriend break up with me? A breakup hadn't been part of my relationship plan, and the untimely emotional crisis wasn't part of my career path. But as usual, when my life was in shambles, my lifelong friend Zane was there to save the day. He had to be. He was in the performance too.
With his support, I made it through the performance so deep in my character that I forgot there was life outside the stage. I forgot Zane and I were only lovers on the stage. And I forgot about the jerk who dumped me. Until the kissing scene. Zane's improv changed everything.
I forgot my lines. Botched the rest of the performance. Got terrible reviews. And suddenly felt my whole world crumbling.
Could I forgive Zane and move on? Or was I going to step outside of my well-crafted plans and finally accept what I'd failed to see all along?
Zane
When we were kids, Heather suggested we write down what we wanted to be when we grew up. I wanted to be her husband. Thankfully she also suggested we tuck the papers away then check back when we were adults and see how we did.
Years later, nothing had changed. I remained madly in love with Heather, and she remained my best friend.
When her boyfriend had the worst timing possible to break up with her, I was the shoulder to cry on once again. The pep-talker. The guy who'd never found his way out of the friend zone. I was also her lover in the performance. We'd rehearsed our kiss countless times, angling our bodies so the audience wouldn’t be able to tell that our lips never actually touched. But one small move. A slight change of plans. My lips were on hers.
In my fantasy world, the kiss was supposed to change everything--in a good way. It wasn't supposed to leave me wondering if she'd ever talk to me again.
As they say... If you love something, set it free. So I did. Not that she gave me a choice. The only question was if she'd felt what I had during the kiss. Did she need time to process that there could be more than friendship between us? Or was I hanging onto a childhood dream that I could somehow know she'd been the only woman for me?
ADD TO GOODREADS 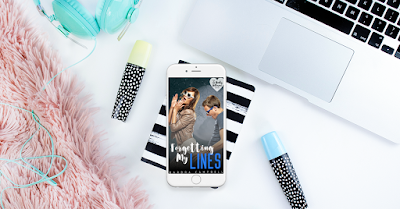 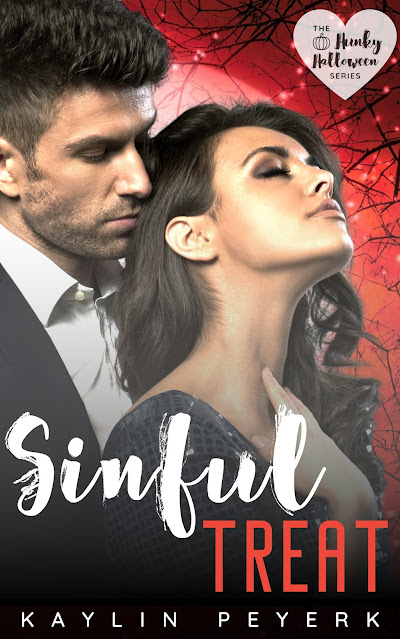 SINFUL TREAT
BY KAYLIN PEYERK
Release Date: October 5, 2020
Ember Calloway has hated her workplace rival Carden Venning ever since first meeting him.
They’ve competed against each other for over a year, waiting to hear which of them will be awarded the promotion of a lifetime. From spilling coffee on her to shredding her work before she can turn it in, he’s done it all and then some. Now the conflict is heating up as their boss announced he’ll be making his choice by the 31st. All Ember has to do is be absolutely perfect until then. No pressure, right?
Despite it all, she feels at ease during October, her favorite month of the year. Every weekend is booked with pumpkin carvings, donut eating contests, and hayrides. It’s a fall lovers dream, that is, until Carden crashes the party.
Over and over he shows up at each of her favorite events, seeming to love them just as much as she does. Was her first impression of him wrong, or is this just another trick?
ADD TO GOODREADS 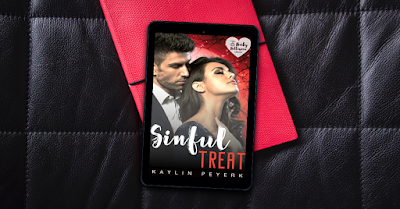 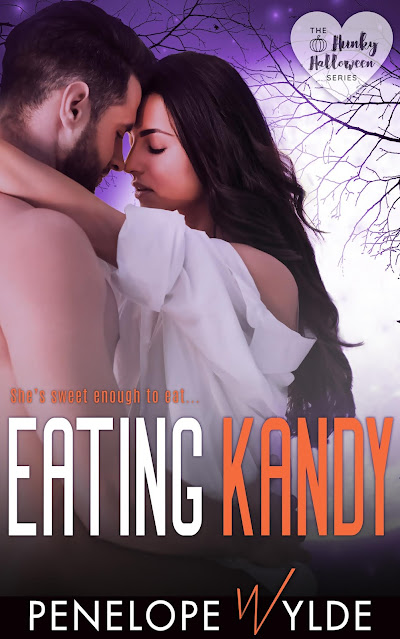 EATING KANDY
BY PENELOPE WYLDE
Release Date: October 12, 2020
Tricks and treats never were my kind of thing. And insta-love? Nah. That's the real trick. Now, if you ask me about insta-lust? Well then… I might say give me a double slice of that with a whipped cream topping.
He's that kind of crazy gorgeous. Deep brown eyes, muscles for days and long thick… everything.
When the tall, bearded and broad-shouldered Marine walks into my diner Halloween night I stay firm to my no-man rules, but he's armed with a sweet treat kind of offer—one weekend, no strings, handcuffs and pumpkin pie.
It's hard to say no to the beast of a man now that the nights are getting cooler and the fireplace beckons.
And the worst thing? His wicked tongue knows how to get me to agree to just about anything.
But forever? It has to be a trick, but he's promising me only sweet, autumn nights as long as he can have all the Kandy he can eat.
Author's naughty note: Pumpkin pie, fireplace snuggles and all the whipped cream you can handle await you inside. He's the Marine and she's the sweet treat welcoming him home. As always with a Penelope Wylde book, you'll get the filthy, naughty bits you crave with the perfect happily ever after you love.
ADD TO GOODREADS 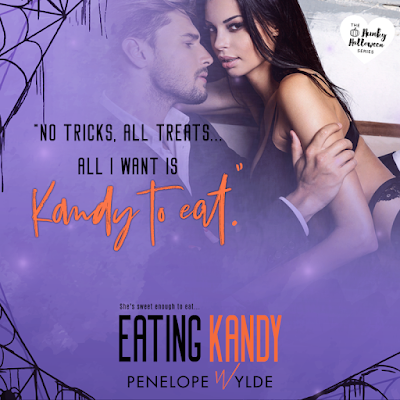 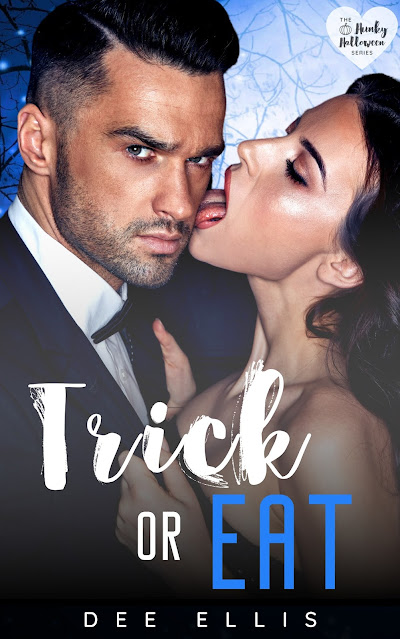 TRICK OR EAT
BY DEE ELLIS
Release Date: October 13, 2020
Kady Bartlett is a woman who knows what she wants--and does what it takes to get it. Even if a hunk of a man is in her way. Maybe even when she starts to fall for that man as their battle of wills turns from snarky and sassy to sexy and sweet.
Will her fear of happily ever-afters scare him away?
Keegan Dole is not a man who backs down from a challenge. When that challenge is the witchy but winsome woman threatening his business, he's enjoying the challenge more than ever.
When push comes to shove, will they get past their battles to scare up a real romance?
ADD TO GOODREADS 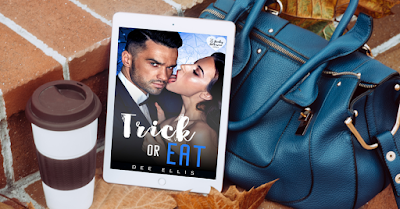 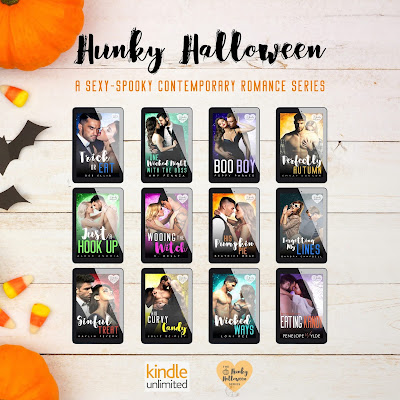 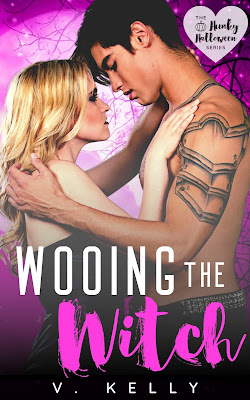 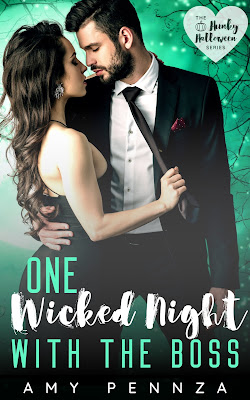 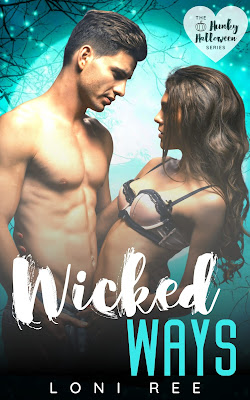 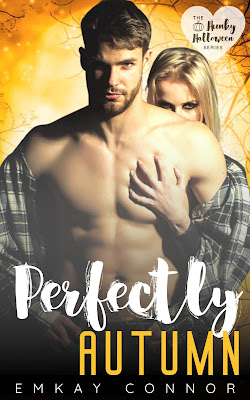 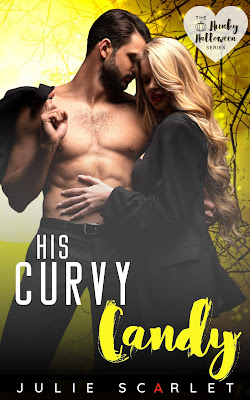 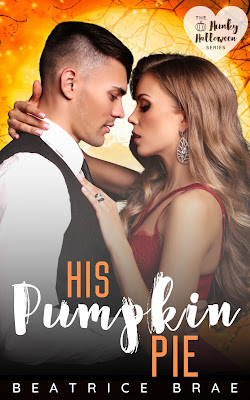 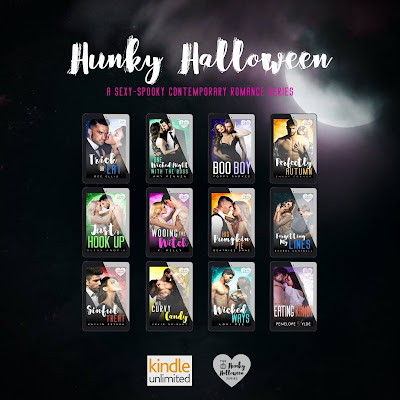