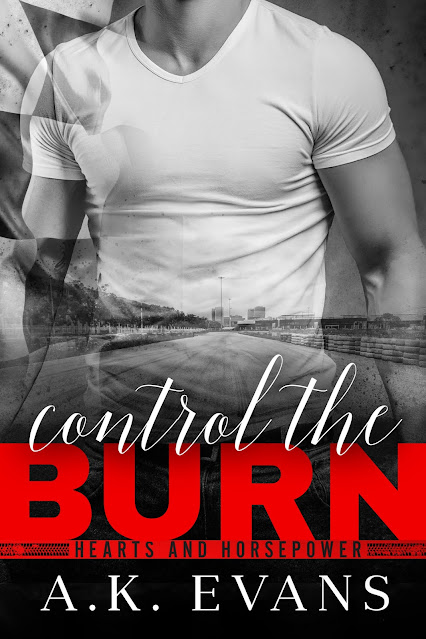 CONTROL THE BURN
Release Date: December 8, 2020
Kendall Moore has given up hope.
As a labor and delivery nurse, she covets the joy and love she sees every day in expectant couples. When she met the owner of the local race shop, Kendall finally felt that spark. She thought he did, too.
But he never called.
Logan Townsend is a man whose skills are unparalleled. With so many people vying for the racing guru’s attention, Logan doesn’t have much free time to himself. But he knows he needs to find some. Because he can’t stop thinking about the woman who gave him the best night of his life.
Just as Kendall decides to move on, Logan reappears.
Try as she might to resist the temptation, Kendall fails. Because with a man like Logan, it’s hard to control the burn. 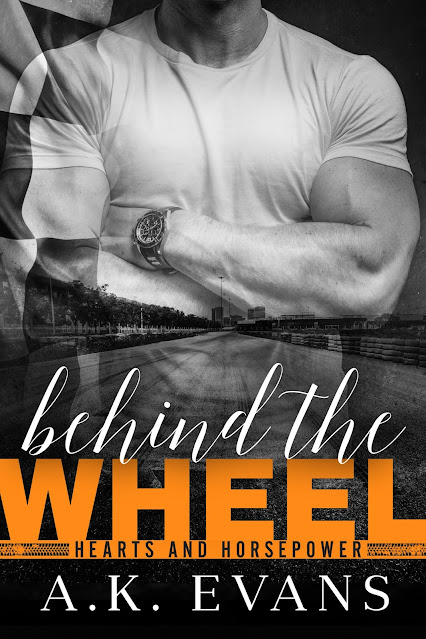 BEHIND THE WHEEL
Release Date: December 29, 2020
Avery Sullivan is preparing to become the queen of the drag strip. So, when the one-stop motorsports shop in town is hiring, the thrill seeker doesn’t hesitate to apply.
Knox Lee thinks his boss has made a huge mistake. A beautiful woman with as much knowledge about cars as Avery has would normally be a turn on. But he won’t be blinded by that. Avery used to work for the competition.
As though it’s not already tough enough to succeed in an industry dominated by men, Avery finds herself having to contend with the brooding fabricator. Sure, he might be drop-dead gorgeous and know how to wield a rod, but that doesn’t give him a free pass to question her skills.
Seeing her determination to reach her goal, Knox soon realizes he might have misjudged Avery. The next thing he knows, he’s working side by side with her.
And he’ll do anything to help get her back behind the wheel.
ADD TO GOODREADS
PRE-ORDER LINKS
AMAZON US / UK / CA / AU
Only available at the following
retailers for a limited time
B&N / KOBO / APPLE BOOKS 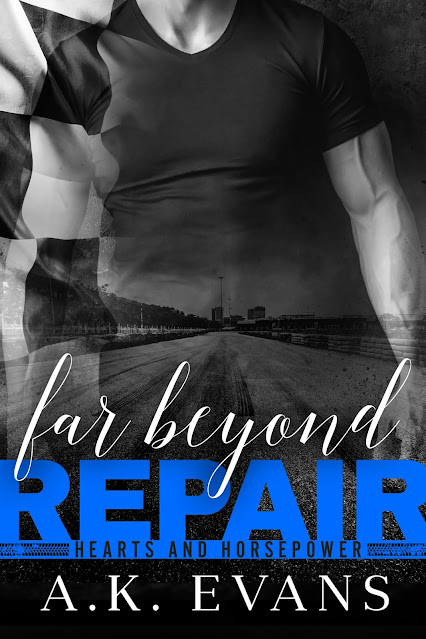 FAR BEYOND REPAIR
Release Date: January 19, 2021
Scarlet Morgan knows all about happy endings. As a best-selling romance author, it’s her job to be an expert on the subject. It’s just too bad her own story doesn’t write so well.
Ryker Holt can build a car from the ground up. While there isn’t much the highly-skilled mechanic can’t fix when it comes to his profession, it’s Ryker’s personal life that’s still in pieces.
Scarlet thought she found forever in Ryker until, one day, he broke her heart and walked away.
Years later, filled with regret, Ryker wants Scarlet back. But he’s worried the damage is already done, and what they had between them is far beyond repair.
ADD TO GOODREADS
PRE-ORDER LINKS
AMAZON US / UK / CA / AU
Only available at the following
retailers for a limited time
B&N / KOBO / APPLE BOOKS 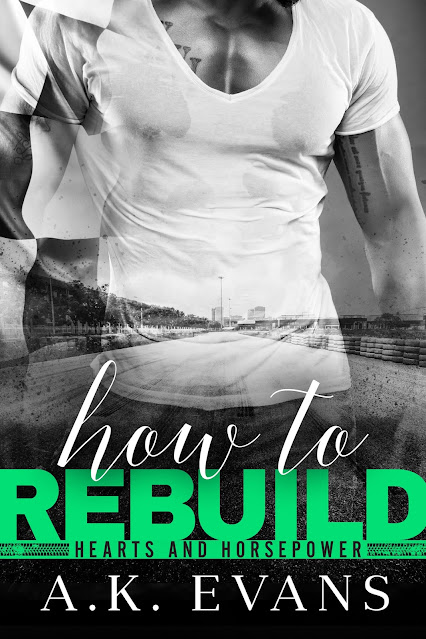 HOW TO REBUILD
Release Date: February 9, 2021
At the height of her professional success, Elise Flynn never imagined a fateful oversight would leave her on the verge of losing everything she’s worked so hard to achieve.
Caught up in the drama that has her life unraveling, Elise misses her flight home. With the ensuing fallout, Elise can’t hide her devastation… not even when she spots a handsome stranger sitting at her gate.
Kieran Decker knows about longevity. One of the most respected engine builders in the industry, Kieran’s motors are built to last. It’s his attention to detail that keeps engines performing at their best.
When Kieran spots the distressed woman waiting for the same flight, he can’t help but approach her. Needing to unload her worries, Elise shares her troubles with the man she never expects to see again.
Only, she does. And by then, it all has come crashing down. That’s when Kieran steps in and shows her how to rebuild.
ADD TO GOODREADS
PRE-ORDER LINKS
AMAZON US / UK / CA / AU
Only available at the following
retailers for a limited time
B&N / KOBO / APPLE BOOKS 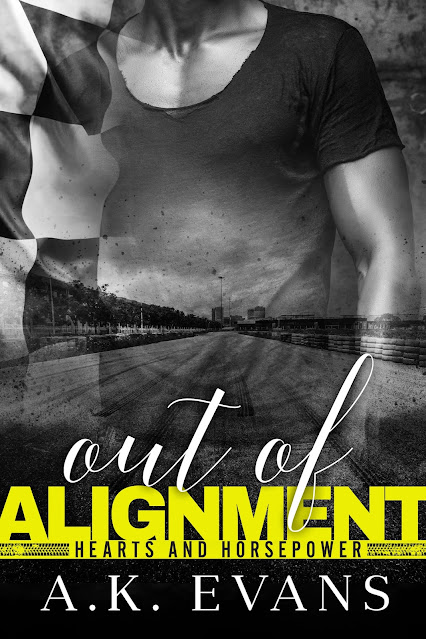 OUT OF ALIGNMENT
Release Date: March 2, 2021
Parker Banks is a creature of habit.
Unfortunately, her schedule isn’t going according to plan. After experiencing one of the worst weeks of her life, the last thing she needs is some guy thinking he can fix her problems.
Nash Stevens is all about precision. An industry-leading chassis tuner, he’s partly responsible for the record-setting cars coming out of LT Motorsports.
When carefree Nash spots a frustrated woman one morning, he tries to offer advice. Following a hostile encounter, Parker and Nash go their separate ways. But a few days later, Parker finds herself face-to-face with the man she scolded.
Only, this time, he needs her help.
Embarrassed, Parker tries to apologize for her behavior. Despite her sincerity, Nash doesn’t seem receptive. And that’s when Parker realizes she should have appreciated when things were out of alignment.
Because now she can’t get Nash out of her head.
ADD TO GOODREADS
PRE-ORDER LINKS
AMAZON US / UK / CA / AU
Only available at the following
retailers for a limited time
B&N / KOBO / APPLE BOOKS 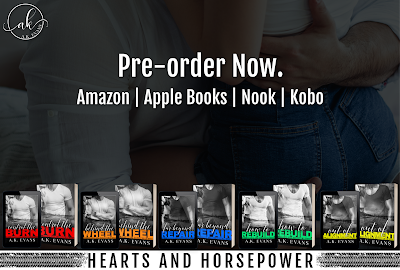 A.K. Evans is a contemporary romance author of over twenty published novels. While she enjoys writing a good romantic suspense novel, Andrea’s favorite books to write have been her extreme sports romances. That might have something to do with the fact that she, along with her husband and two sons, can’t get enough of extreme sports.
Before becoming a writer, Andrea did a brief stint in the insurance and financial services industry and managed her husband’s performance automotive business. That love of extreme sports? She used to drive race cars!
When Andrea isn’t writing, she can be found homeschooling her two sons, doing yoga, snowboarding, reading, or traveling with her family. She and her husband are currently taking road trips throughout the country to visit all 50 states with their boys.
AUTHOR LINKS
NEWSLETTER
WEBSITE
BOOKBUB
FACEBOOK
INSTAGRAM
TWITTER
AMAZON 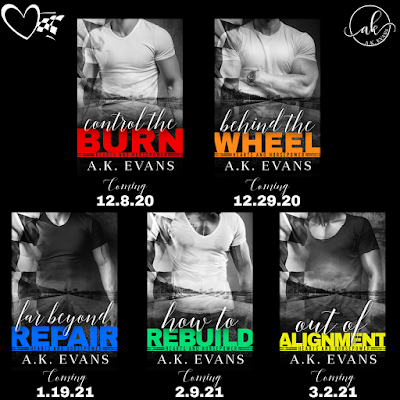