Fire Investigator Lieutenant Tess Di Marco has struggled through prejudice against women, a messy divorce and years of training to get what she wants out of life. One constant through the years has been her mentor and friend, Captain David Ashford, a now-widowed arson specialist. But what happens when sparks of a different kind erupt between them? 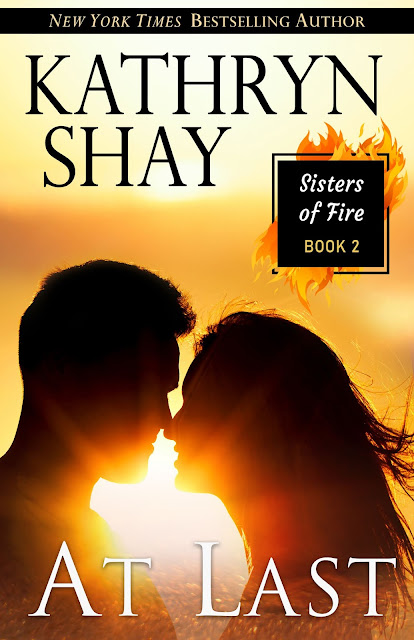 Chapter 1“Boy, the place stinks, even with our masks.” Tess gestured to the apartment that had been decimated by fire.“People don’t know that about burned buildings,” David Ashford, Captain of the Arson Squad, put in.Just then, the arson videographer came back into the main room with another member of the team. “I taped and took stills of the whole place.” He’d also gotten photos of the crowd that had gathered outside.“I dusted for fingerprints.” His assistant was young and eager. “None found.”“Good work. Did you check entry points where the guy might have gotten in?”“Yeah. Half of a footprint. We checked for fingerprints out there, too.”On the other side of the living space, the third chief investigator, Captain Chet Carson, pointed to a pile in the corner. “Here’s the gas container and a variety of rags the first-in firefighters noticed.” And why arson had been called.Tess shook her head. “Not very subtle.”“He wanted us to know.” David used the male terms because most arsonists were men. The man was anything but sexist.Chet said, “I’ll check out the rest of the apartment for smaller cans that might have held more accelerant.” He walked through the living room archway.Tess started toward the corner to study the accelerants. She stumbled over some stray debris and hit the wall hard with her shoulder. A good-size timber crackled.“Tess, watch out.” David leapt toward her, grabbed her and dragged her back. The wooden joist fell right where she’d been standing.“Oh, my God!”David pulled off his particle mask and hers, along with their helmets, and dropped them to the floor. His blond hair was damp and his green eyes flaming. He drew her against his chest and clicked off his radio. “That could have seriously hurt you. Take a few minutes.”She nosed into the navy jumpsuit worn by investigators into a fire scene. His chest was broad and solid, as he worked out religiously. She stayed there for a minute, then drew back some, his arms still around her. “You saved my life. Again.”He frowned. “What do you mean?”“Getting me into the academy and giving me this job saved me emotionally.”“Young lady, I did not get you into the academy and I did not give you this job. You earned all of it.”“Yes, sir! And stop calling me childish names!”He grinned broadly.“I found some…” Chet stopped abruptly and his comment trailed off. “Um…”They separated quickly and scooped up their protective gear.Still shaky, Tess felt compelled to explain. “A timber fell. David pulled me back from it.”David straightened. “We asked the cleanup team to do minimal salvage and overhaul.” A dirty job, performed by a group of firefighters to make sure the fire was out and not hiding in walls. They also looked for loose timbers. “They’re waiting to finish that up. So, what did you find?”“More arson paraphernalia in there.” Chet angled his head to the other rooms.“Let’s determine the depths of the charred items. And document the flow-and-damage patterns.”They spent more time assessing the structure. Then David radioed for three other members of the team to label the evidence, put it in containers and seal it tight. Chet went outside to do the same for ground evidence. The designated transporter would then accompany the material back to the arson labs to keep the chain of custody intact. Once all this was done, they’d evaluate what they’d found.#He watched through the window. Look at them. Like dogs chasing their tails. They’d go in circles on all of these fires, which was just what he wanted.Much had bothered him during his life, despite his successes. He found a way to deal with that, and in the end, he’d do what he needed to do like he always did. 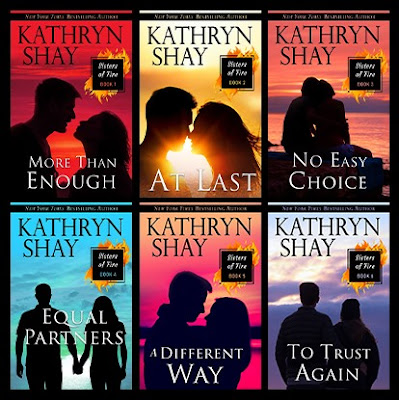 A NEW YORK TIMES and USA TODAY bestselling author, Kathryn Shay has been a lifelong writer and teacher. She has written dozens of self-published original romance titles, print books with the Berkley Publishing Group and Harlequin Enterprises and mainstream women’s fiction with Bold Strokes Books. She has won many awards for her work: five RT Book Reviews awards, the Bookseller’s Best Award, Foreword Magazine’s Book of the Year and several “Starred Reviews.” One of her firefighter books hit #20 on the NEW YORK TIMES list. Her novels have been serialized in COSMOPOLITAN magazine and featured in USA TODAY, THE WALL STREET JOURNAL and PEOPLE magazine. There are over ten million copies of her books in print and downloaded online. Reviewers have called her work “emotional and heart-wrenching.”