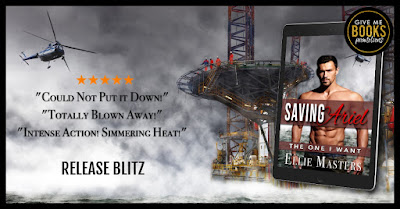 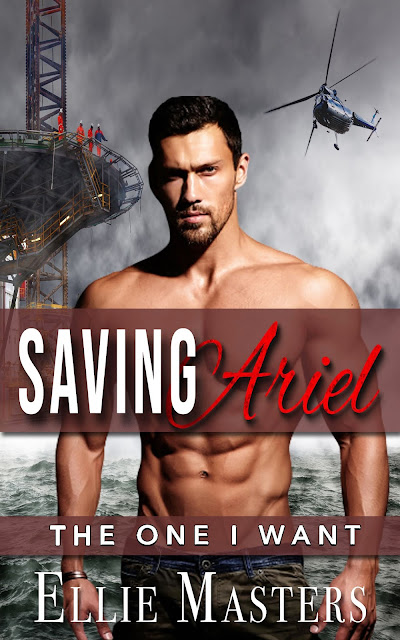 If they want their happily ever after, they’ll have to fight Mother Nature for it…
Aiden Cole isn’t interested in love.
Any romantic notions he had died with his wife, despite her dying wish that he find love again. His focus is on raising his daughter as a single dad, and keeping his offshore oil rig crew safe. As his crew evacuates in advance of Hurricane Julian, a category five monster barreling down on the gulf, disaster strikes. Two of his crewmen are critically injured. He needs to get them to safety before the hurricane hits. When the aeromedical rescue helicopter pilot turns out to be a woman, he’s surprised. When she falls into his arms, his entire body takes notice. The tough, gorgeous, pilot is everything Aiden thought he’d never have—or want—again. Can Ariel be the one? His second chance at love?
Too bad the storm seems to have other plans for them…
Ariel Black doesn’t believe in love.
With a category five hurricane barreling down on the Gulf, helicopter pilot, Ariel Black, is on a mission to evacuate wounded men from an oil rig. When the massive storm arrives ahead of schedule, it grounds Ariel’s helicopter, trapping them on the oil rig. She and her men, along with Aiden and his wounded, must ride out the storm. It’s the worst possible time to fall in love, but she does. Ariel falls hard…right into the installation manager’s arms. Aiden Cole makes her heart race, her pulse pound, and the butterflies in her stomach soar. Could he be the one?
Will the storm of the century destroy Aiden and Ariel’s chance at happily ever after? Or does fate have something else in store?
Saving Ariel, a steamy, second chance, contemporary romantic suspense, about love at first sight. It features a protective hero and the smart, feisty heroine who steals his heart.
Get your copy today and let the binge-reading begin. 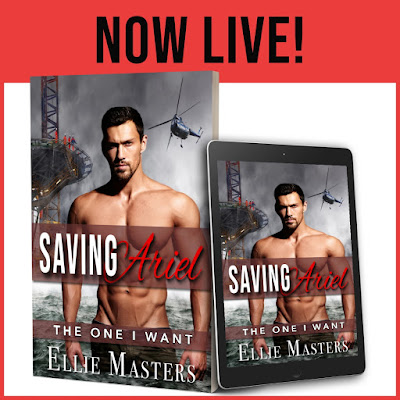 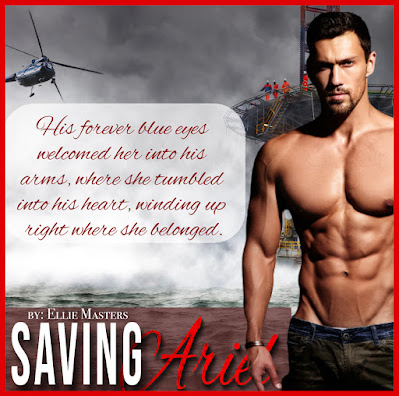 EXCERPT
I spent eight years in the military. Alpha men are a dime a dozen in the Army, but we all had the same purpose, the same mission. The business of oil drilling attracts a similar breed, rough and rugged men, only these don’t hold to a code I understand. With the military, everyone marches to the same drummer, follows the same orders, and can be trusted implicitly.
Drillers? They’re a rough lot.
They make me uncomfortable, and I don’t trust them.
Gusts buffet the helideck and the craft shudders. As the whine of the engine disappears, another sound replaces it. A deep, thunderous booming, felt more than heard, joins the roar of the wind. Vibrations from waves crashing against the support pillars rip through the super-structure. Nature’s power literally shakes the world.
I pop open my door and signal to the waiting crew it’s safe to approach. They rush forward and secure my skids, bracing the helicopter against the rising winds. They do the same to the rotors overhead.
Once the skids are locked securely to the helideck, I give the signal for Andrew and Larry. The two men jump out, packs strapped to their backs and portable stretchers in tow.
This isn’t our first foray to one of the thousands of oil rigs distributed throughout the Gulf. The imposing structures never fail to inspire awe, and I feel some of that now pounding in my blood. Or maybe that’s adrenaline spiking along my nerves? It doesn’t matter. Everything about this situation is intense.
Safety protocols have been drilled into me, as they have for my crew. Many of the walkways, stairwells, and ladders span vast distances with deadly drops beneath them. One hand on the rail at all times. It’s a mantra we live with. A fall here can be fatal. Drilling remains one of the most dangerous professions for a reason.
A thick arm braces my door as a gust tries to slam it shut on my leg.
“Careful!” a gruff voice shouts.
“Thanks.”
He pulls back, a look of surprise on his face. “You’re a chick.”
“All day. Every day.”
“Huh.” He holds the door open against the wind. “Come with me.”
“I’ll stay here, thank you.”
“Not happening. Too dangerous.” His gruff features brook no argument as he studies my face. An aura of authority surrounds him and slams into me with the absolute assurance I will do as he says.
My entire career has been spent facing down dominant men and overcoming male and female stereotypes that define who I can and can’t be. I earned my right to pilot the helicopter and won’t let his overwhelming presence force me into feeling less because I happen to be a chick.
But that authoritative aura?
It does things—spins my thoughts, teases my mind, and draws forth a powerful need to cave to his demands. To dispel the effect he has on me, I shake my head and grit my teeth.
“I’m staying with the helicopter.”
“No. You’re not.” He props open the door, leans in, and pulls me out of my seat. 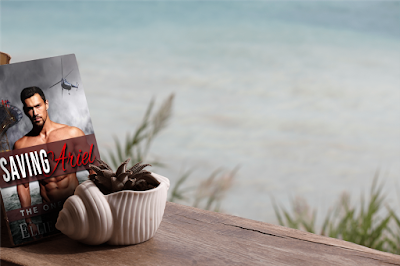 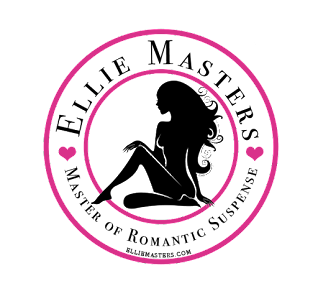 Ellie writes the kind of heart-stopping, pulse-pounding, can't-stop-reading romance filled with all your sexy, swoon-worthy, alpha men. They have to be, because the heroines Ellie writes are strong women with take charge attitudes.
International, bestselling, multi-genre author, Ellie writes the stories she loves to read. Dark romance lover? Sweet contemporary romance? How about a romantic suspense to whet your appetite? Ellie writes it all. Don't wait any longer, your next book boyfriend is waiting for you.
Born in the South, raised under the Hawaiian sun, Ellie has traveled the globe while in service to her country. The love of her life, her amazing husband, is her number one fan and biggest supporter. And yes! He's read every word she's written.
Don't forget to sign up for her newsletter. Never miss another release, sale, or exclusive. https://elliemasters.com/NewsletterSignup 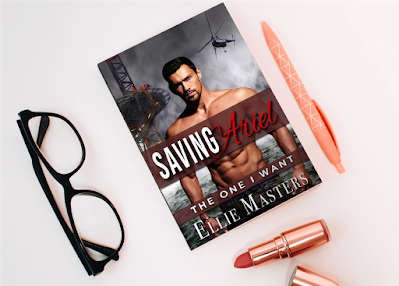