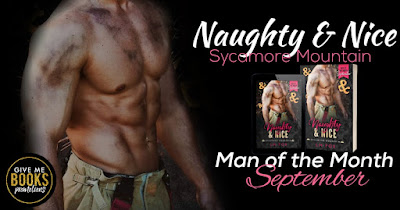 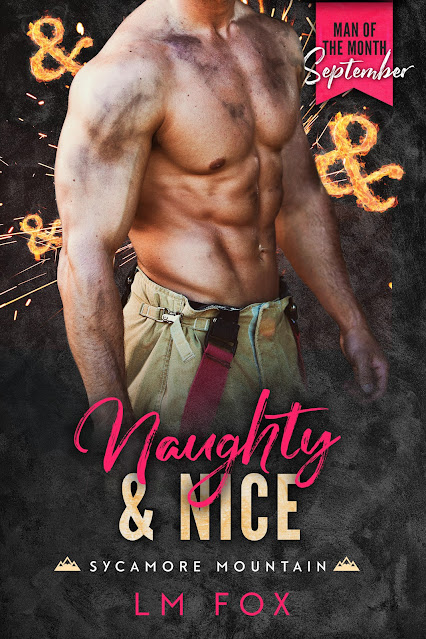 BLURB
Trevor
I came to Sycamore Mountain to start over.
Focus on my career, not little miss sunshine.
The brotherhood of firefighters is the only relationship I want.
Trust me. This tart is the last thing I need.
I’ve been down that road.
Beautiful girl who can have any man she wants.
Well Addie Briggs can focus on someone else.
No sultry siren is worth going through that heartache again,
no matter how naughty I think she could be.
Addison
Of all the men to fall for,
I have to pick a grumpy hero.
He’s the hottest thing I’ve ever laid my eyes on,
throw on his fireman turnout gear and I’d do almost anything he asked.
But this guy is jaded and scarred. He fights me at every turn.
Yet, I can tell there’s a softness under his tough exterior.
I’m going all in. Because I’m not ready to give up on Mr. Nice guy.
ADD TO GOODREADS 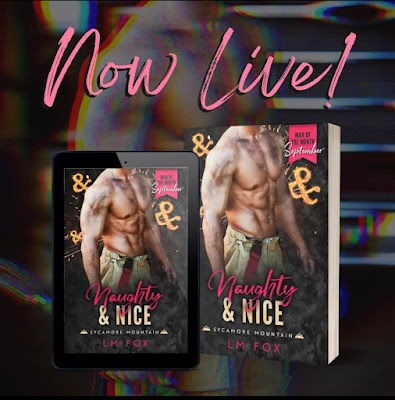 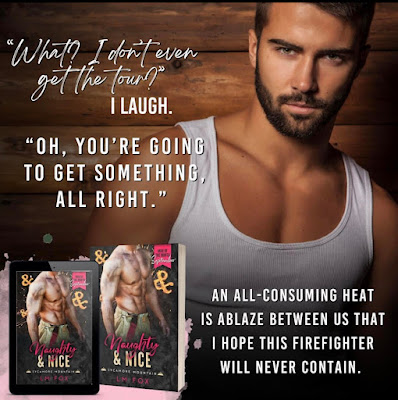 EXCERPT
“What the fuck, Ashley?”
“Trevor. What are you doing here?”
“Last I checked, I live here,” I shouted as the burley naked jock before me hastily reached for his pants. He looked like a linebacker. The thought had barely left me before I noticed his shirt. The big W insignia confirmed he was most likely on the Washington football team. While visiting the training camp in Richmond had long been on my bucket list, I now wanted to kick that fucking pail down the road.
“I thought you’d be at work.”
“Obviously. How long has this been going on?” All thoughts of grabbing my assignment for my IT class were gone.
“I was going to tell─”
“Trev, we’ve got a call,” Jamie yelled through the door. I turned to notice he’d paused briefly to verify what he was seeing.
“When I get here in the morning, I want your stuff gone,” I’d spat.
That painful memory is charred into my brain. The betrayal made worse when Jamie later confirmed her lover was NFL player Martin North. He was 250 pounds of raw muscle. Nosey neighbors confided later he’d been visiting my home for months. I wondered why she wouldn’t have broken it off with me instead of sneaking around with a baller worth millions. Until Jamie’s continued investigation revealed, the player was just that. A married celebrity who was having an affair with my girl.
Since then, he’s left his wife and children, and he and Ashley have been on the local tabloid circuit. I couldn’t turn on the television or open a local magazine without seeing the two of them. As if that wasn’t bad enough, Ashley’s face was plastered on every billboard in town. If she wasn’t modeling jewelry for anyone traveling the interstate to see, she was painted on restaurant murals and large airport advertisements. She was fucking everywhere.
I’m aware I was partially to blame. I dove in headfirst. But there was never a moment I didn’t think both of us were all in. She’d wax poetic about our future, travel, and eventually having kids. But I guess it’s hard to compete with a larger-than-life superstar with a bank account to match.
I hadn’t had many serious relationships prior to Ashley. My plate had been full, beginning my career with the fire department and looking out for my mother.
My dad had fought a hard battle with melanoma. They discovered it too late to offer much hope of recovery. Cancer instantly decimated our flawless life. We’d gone from a tight family focused on Sunday dinners and the arrival of Noah’s kids to heartbroken in the blink of an eye.
My mother was tough as nails, but I knew it was a façade. Noah’s wife, Becca, would try to bring the boys over to distract her grief-ridden thoughts, but I imagined the lonely, depressing time between visits was suffocating. Unable to bear the thought of her hurting alone, I decided to move back home, convincing my mother I wanted to save money with plans to pursue my graduate degree. Hell, there’s no faster way to kill your sex life than living with your parents. But I slept better at night, knowing it was the right thing to do. I’ll always treasure that time with my mom.
Caring for her as we mourned my father, we grew even closer. We’d always had a tight relationship, but you don’t truly appreciate your parents until life throws you a curveball. I’d been blessed with a happy, loving cohesive family and knew I’d never settle for anything less if I chose to marry. Moving to Sycamore Mountain would be hard on both of us.
In hindsight, it’s clear I was merely mesmerized by Ashley’s physical splendor. Visits with my nephews hadn’t brought out her maternal side. However, like me, I figured she was at a different stage of life. She was focused on her modeling career. I’m not making this mistake twice. Getting caught up with some superficial bitch who’d leave the moment someone with a better reputation or bank account came along.
Lost in my thoughts, I didn’t realize what good time I’d been making. My eyes land on the bright green highway sign. ‘Welcome to Sycamore Mountain.’ Exiting the interstate, I quickly determine this is a one-horse town. As I approach the light at the end of the off-ramp, there's a lone gas station, and I spot a fast-food restaurant across from a bait and tackle shop. Luckily, according to the GPS, the realtor’s office is only about ten minutes away.
Miles of desolate farmland interspersed with clusters of evergreen trees engulf the windows of my vehicle. Occasional picturesque hay bails are dotted amongst the tall grass, but otherwise, the scenic area is enchanting. Unspoiled by the strip malls and housing developments of Hanover. There’s not a billboard in sight. This thought briefly brings a relieved smile to my face until it dawns on me that I probably stand a better chance of meeting a bear in this town than a beautiful woman.
I might’ve had a better chance of getting laid living with Mom than here.
As I continue down the road, I stand corrected. There’s at least one female under sixty here. I spot a woman out for a walk with her baby along the grassy edge of the highway. Looking about, it seems an odd place to meander. While wearing yoga pants and a hoodie, I’m surprised at my fixation on her. I’m not usually into MILF’s. I’m in no way ready to settle down with a girl with a kid. But she’s got a fucking phenomenal ass. It’d be a crime not to look.
As I grow closer, my eyes are drawn to the face of the child looking back at me. That’s either the ugliest kid on the planet or…
Is that a chicken? 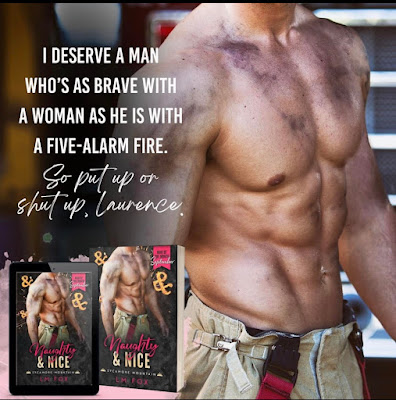 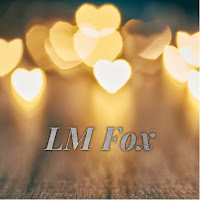 Born and raised in Virginia, LM Fox currently lives in a suburb of Richmond with her husband, three kids, and a chocolate lab.
Her pastimes are traveling to new and favorite places, trying new foods, a swoony book with either a good cup of tea or coffee, margaritas on special occasions, and watching her kids participate in a variety of sports.
She has spent the majority of her adult life working in emergency medicine and her books are written in this setting. Her main characters are typically in the medical field, EMS, fire, and/or law enforcement. She enjoys writing angsty, contemporary romance starring headstrong, independent heroines you can’t help but love and the hot alpha men who fall hard for them.
AUTHOR LINKS