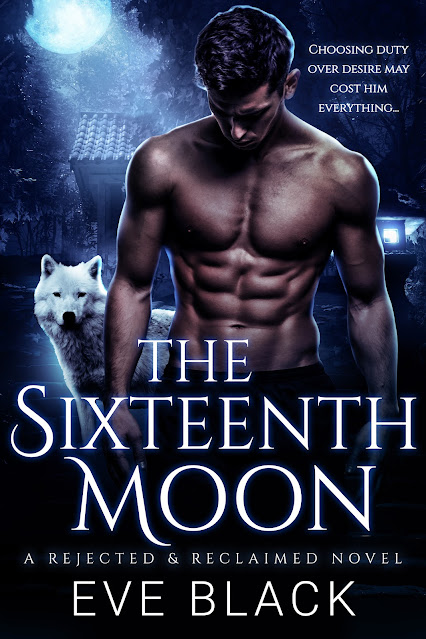 Title: The Sixteenth Moon
Series: Rejected & Reclaimed #1
Author: Eve Black
Genre: Paranormal Shifter Romance
Release Date: December 9, 2022
BLURB
Humiliated, Rejected, Banished….
Kana Yamamoto is an orphan on her own in the world after her mate, the one the Ancestors chose for her, rejected her in front of his pack. Now, seeking a safe haven away from the memories, a place to settle down and learn to live again, she is desperate to put the past behind her and forget all about the Alpha wolf who chose another woman over her.
Duty Over Desire….
All his life, Alpha Rueger Laarsen has been reminded that his duty to his pack is more important than his own desires. So when his fated mate appears during a ceremony binding him to another female wolf, he does what is expected of him…he rejects his mate, binding himself to another female instead. For the good of the Pack. Right?
Love Conquers All….
Now, years later, Rueger is haunted by his decision, left aching for the female who was always destined to be his, but how could he ever find someone who doesn’t want to be found? And if he does find her, how will she ever forgive him?
When destiny brings these two fated mates together again, will Rueger have enough time to win his mate’s heart, or will he lose her to a past she never knew she had?
The Sixteenth Moon is a standalone interracial, rejected mates shifter romance, featuring a BBW heroine who knows her worth and refuses to be any male’s second choice. No cheating, no cliffhanger, and a deliciously satisfying HEA. 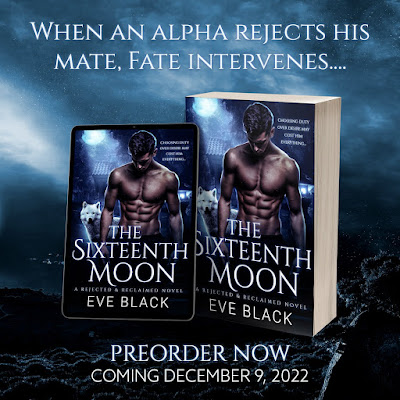 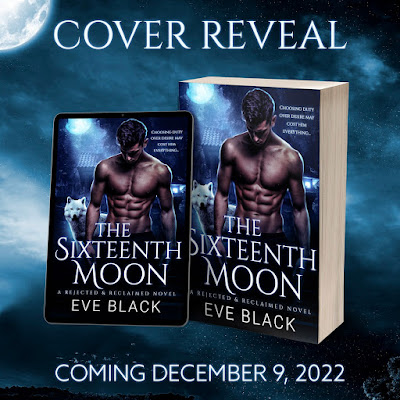 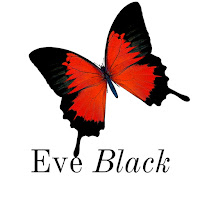 Eve Black is the sexy contemporary romance-loving alter-ego of a sweet historical romance author...who also writes dark, sexy medieval romance under another name. Eve is one of several personalities in one crazy package. When Eve isn't writing books, she is editing other people's books, freelance writing marketing content, or wrangling her children. For fun, Eve loves to read (obviously) sexy contemporary and historical romance books, binge-watch old Supernatural, Burn Notice, Leverage, and Lucifer episodes on Netflix, and play mind-numbing games on her tablet.
Eve lives in an untidy house on a little over an acre in rural Northeast Pennsylvania with her husband of 17 years and their four children, two cats, and one chicken.
AUTHOR LINKS
FACEBOOK
GOODREADS
BOOKBUB
INSTAGRAM
AMAZON
Posted by Always Reading at 8:02 AM